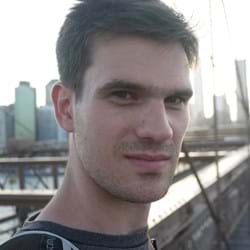 Winston is a Senior Researcher in the Mobile Robotics Group, working on vision based navigation systems and leading the groups software effort.

Winston received a MEng in Engineering Science in 2008, from the University of Oxford. His fourth year project was with the MRG, teaching Marge (a now retired robot) to follow paths using a monocular camera. He then completed his DPhil with the MRG in 2012, his thesis topic was on large scale, long term visual navigation.

Winston has interests in the following areas: