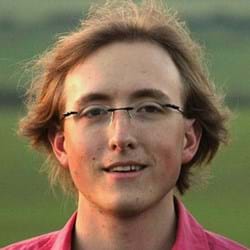 Alex completed his DPhil with MRG in October 2014 and was a member of New College. The focus of his DPhil was vast-scale, persistent navigation of autonomous vehicles with low-cost cameras using prior knowledge about the structure and appearance of the environment.

Alex is now a Senior Engineer at Oxbotica.

Alex completed his undergraduate MEng in Electronic Engineering at University College London in 2006, having spent his third year on exchange at the California Institute of Technology (Caltech). His undergraduate thesis title was: Signal Processing for Optical Networks and his advisors were Prof. Polina Bayvel & Dr Robert Killey.

Prior to joining MRG, Alex was a Senior Scientist in the Information, Networking & Autonomy (INA) theme at the BAE SYSTEMS Advanced Technology Centre in Bristol focussing on machine perception for autonomous vehicles.

After completing his DPhil with MRG in 2014, Alex joined Oxbotica, a spin-out from MRG, where he is a Senior Engineer.