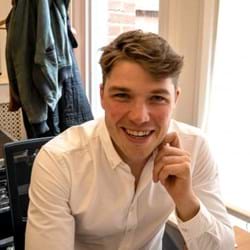 Fabian, a physicist by training, is passionate about Machine Learning and intuitive physics, where neural networks are taught to understand physical principles such as Newtonian mechanics. He joined the ORI in summer 2017, is supervised by Ingmar Posner and is part of the Applied Artificial Intelligence lab (A2I).

Before joining the CDT in Autonomous Intelligent Machines and Systems in Oxford in 2016, he studied physics at the University of Erlangen, University of Heidelberg, and Imperial College London. Alongside his studies, he gained experience in consulting and startups. In his free time, he enjoys rock climbing, skiing and playing the guitar.