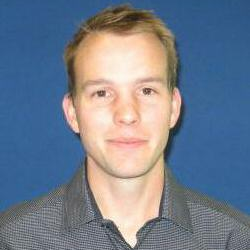 David joined the Oxford Robotics Institute in January 2018 as a DPhil student at St Hugh’s College and is supervised by Dr Maurice Fallon. He completed his BSc (Electrical Engineering) and MEng (Mechatronics) at the University of Melbourne. His final year thesis focused on object manipulation using the dual-arm Baxter robot for the RoboCup@Home challenge. After his studies, David joined Siemens (Australia) as a Graduate Engineer where he completed the two year Siemens Graduate Program. He then moved on to become a Systems & Communications Engineer within the Siemens Railway Signalling and Control group, working on projects across Australia.

His research interests at the Oxford Robotics Institute are centered around the localisation, mapping and path planning of legged robots. When not in the lab, David enjoys travelling and cycling.