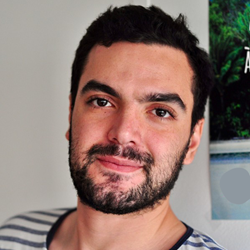 Having a career of seven years in the industry as control system software engineer, Bechir joined Oxford Robotics Institute in 2020 as a DPhil student, under the supervision of Prof. Perla Maiolino in the Soft Robotics Lab. He is a member of Wadham College. He obtained his MSc degree in Electrical and Control System Engineering at Université de Technologie de Belfort-Montbéliard.

In parallel with his DPhil, Bechir is currently working as a control system engineer at UKAEA (United Kingdom Atomic Energy Authority) in the RACE department (Remote Application for Challenging Environment). He is the lead control system software engineer for the Mascot 6 project, a remote handling system that permits maintenance of nuclear fusion reactors.

His current research interests include soft-robotics and biomimetics for robotics. He is keen to develop robots able to explore challenging environments and able to perform detexterous manipulations.