Over the past few months, one of our 2nd year DPhil students, Mark Finean, has been volunteering as a robotics mentor to a group of girls pursuing their A levels at St Paul’s Girls’ School (SPGS) in London. For a school project, they wished to learn more about robots and investigate how they could be used in schools as well as the ways that students could interact with and use them to learn. To help learn more about the current state of modern robotics and gain some hands-on-experience, they spent a day in the ORI where they were introduced to some of the research we conduct as well as tried their hands at programming the Toyota HSR. They were given a series of mini-challenges, teaching them how to programme the HSR to perform movements and tasks. This culminated in them getting the robot to approach and pick up a bottle followed by returning it to the operator. The students did remarkably well and were tremendously excited about their achievements after the day had finished. 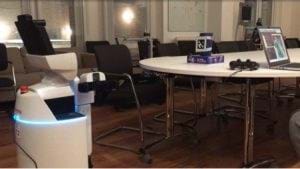 To further invoke interest in young students, Mark travelled to London last week along with fellow DPhil students Hala Lamdouar and Luisa Zintgraf to give presentations on Robotics and AI to SPGS and their partner schools. The talks explored the reasons why we don’t yet have the household robots that we see in science fiction and the current research going on in AI and Robotics. The talks were a resounding success and it was very rewarding to see so many young faces enthusiastic and excited about our field and the future. Being able to see inspiring female role models in particular was a hit with the students and praised for days after. 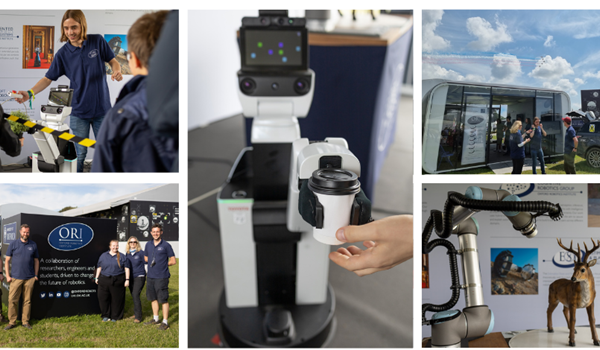